Work Package 1 (WP1) aims to deliver a comprehensive understanding of the epidemiology, risk factors, and burden of vaccine-preventable diseases in aging adults across European countries, via a consistent, comprehensive data collection approach that builds on and extends existing information.

Based on the different outputs, it has been decided by the Consortium to focus the retrospective pilot study on Pneumococcal pneumonia (PP) and Invasive extra-intestinal pathogenic Escherichia coli Disease (IED). In parallel, WP1 prepared the pilot longitudinal prospective case-control study, Aged European population Quality of Life in Infectious diseases (AEQUI), which aims to assess the impact of Acute Respiratory Infection (ARI) and bacteremia hospitalization on quality of life, frailty, and disability in the aging population. 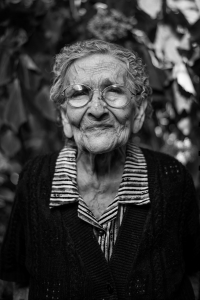 For the retrospective study, a statistical analysis plan was prepared. This plan describes in detail how the data for the retrospective study will be managed and analyzed, and which output will be expected from the analysis. The protocol and statistical analysis plan were evaluated and adjusted during the pilot phase of the study in the aging population in Denmark and the Valencia region.

Both the Valencia region and Denmark data extraction has been finalized, after facing an important delay due to competing for COVID-related activities at the level of both databases. The data of the Valencia region have been processed and analytical tables have been produced and validated. These tables are being used for the analyses. Preliminary results for Valencia were included in the interim report of the pilot study which was submitted to IMI by the end of June 2022. Also, for Denmark data exploration has started, however, these results will become available at a later stage to be included in the final report. Some updates to the protocol and statistical analysis plan have already been discussed during the VITAL General Assembly meeting and afterward, for example, the differences in ICD coding practices between Valencia and Denmark. These differences require adjustments to the clinical case definitions for both datasets based on available data. Valencia team is drafting a manuscript on the incidence rate of IED and PP in two regions.

The recruitment of patients and patient follow-up in the prospective study continued constantly. Adjustments were made to limit the number of COVID cases to be enrolled to avoid the overrepresentation of COVID cases and underrepresentation of other infections. The number of patients has been enrolled up to November 2022 were in total 1516 patients, of which 443 ARI cases, 192 bacteremia cases, and 881 control cases. An agreement was signed with Germany as a fourth country on board to increase the rate of enrollment. Enrollment of patients in Germany was initiated at the beginning of November.

WP2 Update November 2022: Frailty is related to inflammageing markers in the...
Scroll to top