News from the VITAL consortium

The consortium has been busy with data retrieval over the past few months, a process that will continue in the coming months. The work packages are almost ready to begin data analysis or start new projects. Read the detailed updates below: 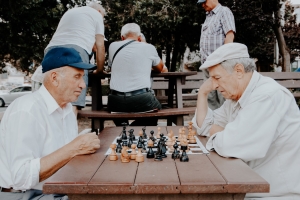 WP1 received the data necessary to conduct analyses for the pilot of the retrospective study perfomed in Spain and Denmark. Because it took some time to receive all data, a delay is expected in the analysis. After the pilot, the next phase for the retrospective study is to initiate new countries (Hungary, Italy, Netherlands, Norway and Serbia), with the final goal being the initiation of all remaining countries in Europe. Since the beginning of October, WP1 is also performing analyses for the prospective study, using the same data.

The Sanofi-Pasteur sponsored AEQUI study, conducted within WP1, has been initiated in 14 hospitals in 4 countries. All sites participating in the study are recruiting patients, including .patients with bacteremia with positive blood culture and/or severe acute respiratory infection. The study team has decided on an initial database lock after the upcoming respiratory season.

WP2 included SARS-CoV 2 infections as a biomarker in their pneumococcal vaccination study. The team is working on different analyses including influenza-specific antibodies, response of pneumococcal antibodies, and inflammation. A total of 55.000 samples were collected, which can be used in the analysis. Currently the study team is also working on the 12-month follow-up. In the trial, 41 out of 280 patients dropped out of the study, amongst which 12 persons due to COVID-19. The first trial results will be prepared by the team in the coming year.

The WP3 team is working on a toolbox with 2 different modeling programs; the CATALOGUE and CORE program. For each model program, protocols have been developed. The team recently finished their contact matrix pilot study and will now start developing the protocol for the full study. A gap-analysis was performed in which the team searched for models used and accessible to decision makers. From this analysis a scoring tool for the toolbox will be developed that countries can use to assess their burden of infection in ageing adults. WP3 is closely collaborating with WP1 to increase efficiency in the research done.

Exploratory Analysis of the Economically Justifiable Price of a Hypothetical...

The Consortium Assembled
Scroll to top